The trends of Bitcoin and Ethereum

Ethereum has once again tested the $2,000 level. Ethereum was last seen on this level at the beginning of March and it has been rising to hit it again with green candles all month but it hasn’t hit it until the 2nd of April. It didn’t really touch it but it is above $1,950. The bullish trend against the dollar that is forming as seen on Kraken is a sign that chances are it may break. In a case where the prices will not break $2k then the price is likely to close at an initial lower of $1,900 although it may hit the $1,880 previous support zone.

Bitcoin has also been fighting to break the $60,000 level that it hit at the beginning of March. Bitcoin has also been struggling to hit the level but the effort has been unsuccessful.it has been moving $58,000 to $59,200. Looking at the trend on Kraken, if Bitcoin manages to break that resistance then it will be a strong uptrend. If that doesn’t work Bitcoin will likely move towards lowers of $56,000.

The vision of the experts

Dallas Maverick’s Mark Cuban owner who is well known for his Bitcoin critics has appeared interested in ETH and he is also considering Bitcoin. He says last year people mentioned Bitcoin as a store of value but he preferred gold. But looking at Bitcoin’s algorithmic scarcity he says its value is going up.

On Ethereum Cuban said “I have a lot of Ethereum as well. I wish I had bought it sooner, but I started buying it four years ago, simply because I think it’s the closest we have to a true currency” He sees ETH as a currency for exchange. He says he is all in for Bitcoin and Ethereum but he has not considered any other coin.

It is notable that the first two coins are moving together. Both closed the first quarter bullish and they haven’t stopped. They are both aiming at a resistance zone that they tested, went back and have been gaining the momentum to break. When Bitcoin is moving Ethereum follows suit. Could there be any relations between the two coins? 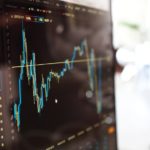 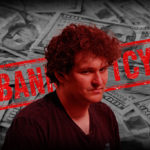 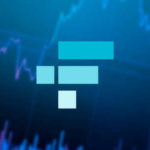